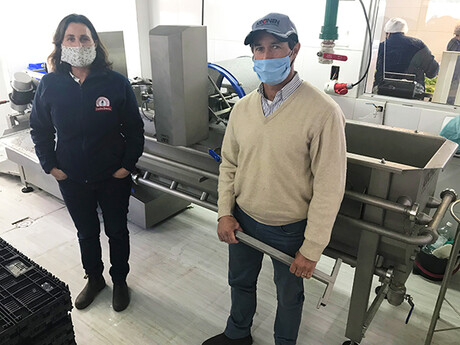 Granja Mallorca is a family-run producer of herbs and salads in the outskirts of Montevideo, Uruguay.

For five years, the business’s cultivated herbs and salads have been processed into ready-to-eat packaged products, which are then distributed to several supermarket chains.

It was their mission to produce products that minimised the impact on the environment.

The company had been using the KRONEN DS 1000 mobile small washing machine and a K50-7 ECO spin dryer to process its fresh produce.

However, with increased demand and a subsequent rise in its production volume, the company decided to invest in a KRONEN GEWA 3800V ECO washing machine. 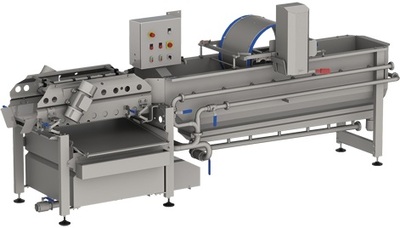 The GEWA 3800V ECO is used in Uruguay to wash salads and herbs, which are then packaged as ready-to-eat products. Image credit: KRONEN.

The upgraded product processed the herbs and salads three times quicker than before.

The continuous washing machine improved the company’s processes. It has low water and energy consumption and can wash up to 300 kg of rocket or chives per hour.

KRONEN Latin America Manager Juan Lindmayer said the company had been with Granja Mallorca since the beginning.

Today, the herb and salad producer has expanded its client base to include some fast food and pizza resturants.

NORD DRIVESYSTEMS has a range of hygiene-friendly products for the bakery industry.

The Series EDA Electronic Pressure Controller can replace a separate gauge, two switches and a...

Now compatible with the glass, can and PET container segments, its compact design means users...