Which bacteria qualify as probiotics? 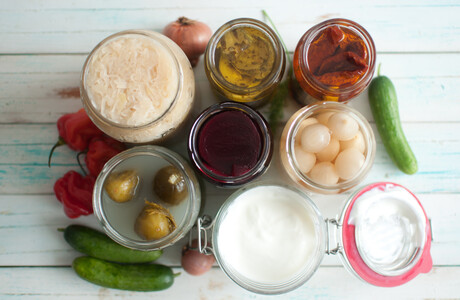 Today, the word probiotic is used to describe all kinds of ‘good’ microorganisms in foods and supplements: those found in yoghurt or fermented sauerkraut, or even those found naturally in the human digestive tract. But this overly broad use of the term poses a scientific problem: it does not convey a distinction between bacterial strains that have a possible health benefit in humans and strains that have a demonstrated health benefit, as shown in a human study. The frequent misuse of the term reduces transparency for consumers and causes confusion about what probiotic consumption really achieves.

Scientists have already come up with a very specific definition of probiotics: “live microorganisms that, when administered in adequate amounts, confer a health benefit on the host”.

Now, an open-access paper published in Frontiers in Microbiology builds on this definition, describing four simple criteria for accurate use of the word probiotic. The paper was published by eight scientists, including two board members from the International Scientific Association for Probiotics and Prebiotics (ISAPP), and was initiated by IPA Europe.

The scientists agreed that for a bacterial strain or strains to be called a probiotic, it should be:

Correct use of the term probiotic, per these criteria, will give consumers better transparency about the benefits they can expect when they consume products that contain live microorganisms. It will also allow them to weigh the costs and benefits of different products in the marketplace.

Going forward, the authors encourage scientists and companies to use these minimum criteria for identifying true probiotics. But until the time when the term is used correctly in all scientific papers and on all product labels, consumers should not assume that the word probiotic guarantees a health benefit.

Montague's stone fruit grader to be operational by Jan 2021

The pea protein market on the rise

The growing shift towards plant-based and lactose- and gluten-free diets is predicted to drive...

Nespresso to make all products carbon neutral by 2022

Nespresso aims to make every cup of Nespresso coffee, both for at home and for professional...

Manufacturing in the new normal