Sugar labelling in Australia and NZ 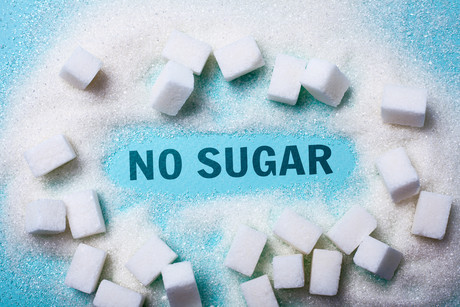 The Food Standards Code has placed requirements for food labels to include the total amount of sugars in the nutrition panel. Total sugars include naturally occurring sugar, as well as sugars that have been added as an ingredient to foods.

The code also has requirements for food products making claims about sugar; for example, foods claiming to be ‘low sugar’ must not contain more than 2.5 g of sugar per 100 mL of liquid or 5 g per 100 g of solid food. The code also has similar requirements for products claiming to be ‘reduced sugar’, ‘x% sugar free’, ‘no added sugar’ and ‘unsweetened’.

The Ministerial Forum on Food Regulation has been analysing the sugar labelling process since 2017 and is considering how to provide better information to Australian and New Zealand consumers about added sugars in foods. This in turn can help them make informed choices that support the dietary guidelines and health star rating system.

In August 2019, Ministers responsible for food regulation asked Food Standards Australia New Zealand (FSANZ) to review labelling for added sugars, in response to a policy paper on the labelling of sugars on packaged foods and drinks. The policy found that information about added sugars on food labels is limited and/or unclear, limiting the consumer’s ability to make informed food choices consistent with dietary guidance.

Ministers agreed that a pictorial approach applied to sugar beverages and sugar-sweetened beverages should be considered, along with other options, pending the response to the Health Star Rating (HSR) five-year review.

Overall, the HSR system has been reported to be performing well, with the review recommending some minor changes to be made to the governance of the system, including transfer of the HSR calculator to FSANZ.

But changes to the way the HSR is calculated were proposed in the review, which suggested that total sugars should be more strongly penalised, lowering the HSRs of 5% of products, including breakfast cereals, snack bars, sweetened milks, ice-creams and sugar-based confectionery. The review also proposes that changes be made to how the HSR is calculated for non-dairy beverages. The proposed changes mean that plain water will have a HSR of 5 (the highest and healthiest rating), unsweetened flavour waters a rating of 4.5, 100% fruit and vegetable juices between 2.5 and 4, diet drinks no more than 3.5 and sugary soft drinks between 0.5 and 2.

The review also revealed that 77% of Australian consumers found it easier to identify healthier products with the HSR system, with research indicating that consumers found the system easy to use and preferred it to other interpretive labelling.

The company was recognised by the WWF, who published more than 30 case studies documenting...

Aleph Farms has launced its 'Aleph Zero' program to grow steaks in space.

FSANZ is calling for comment on an application to allow an existing sweetener, steviol glycoside,...

COVID-19 and the vulnerability of remote Indigenous communities