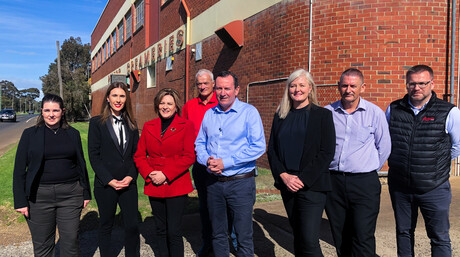 West Australian dairy Brownes Dairy has announced that it will bring WA-made traditional cheddar cheese back to local supermarket shelves for the first time in 14 years, in a move that is expected to grow the dairy industry and create jobs along the supply chain.

The dairy will produce the cheddar cheese from West Australian milk, using old-style cheddaring techniques, including long and slow maturation at low temperatures.

“Brownes Dairy has a rich history of making cheese, which dates back to the 1930s. We want to bring cheddar cheese back to WA because we know there is demand for it and we are keen to invest in WA dairy,” said Tony Girgis, Brownes Dairy CEO.

Last produced in WA for local consumers in 2006, Brownes Dairy has invested in its Creamery in Brunswick in south-west WA, to make traditional cheddar from local milk.

“Consumers probably don’t think about their fresh cheese travelling across the Nullarbor, but until now that’s what has been happening. We are supporting the local dairy industry by introducing a family staple back into WA supermarkets,” Girgis said.

The return of WA-made traditional cheddar cheese comes after Brownes Dairy revived the ‘Milko’ delivery service, initially to households self-isolating due to COVID-19. Due to its popularity, the service is set to continue.

The cheddar cheese range will be on supermarket shelves from 24 August 2020.